In this long delayed episode I talk to game designer Nat Levan. You will know Nat from his games New Bedford, Rocky Road: Dice Cream, and Supertall. I hope you enjoy Part 1 and will return for Part 2 soon.

You can find lots more interesting gaming content at The Inquisitive Meeple, our brother site.

A Proud Member of The Indie Game Report Network

I just wanted to give a little attention to a very deserving game that is currently on Kickstarter. It’s New Bedford from Dice Hate Me Games. This is a heavier game from DHMG. It’s more Euro than any of it’s recent releases. It’s set in New Bedford, Massachusetts in the 1800’s. Nat Levan, the game’s designer, has done a fantastic job staying true to the time. New Bedford at that time was probably the largest whaling port in the world. While the whaling aspect is an integral part of the game, it’s not explicit and is treated in historical context. Players build the actual town of New Bedford as the game progresses. The buildings represent the actual buildings from the period. Each building has a special power that is activated when a player places a worker on it. 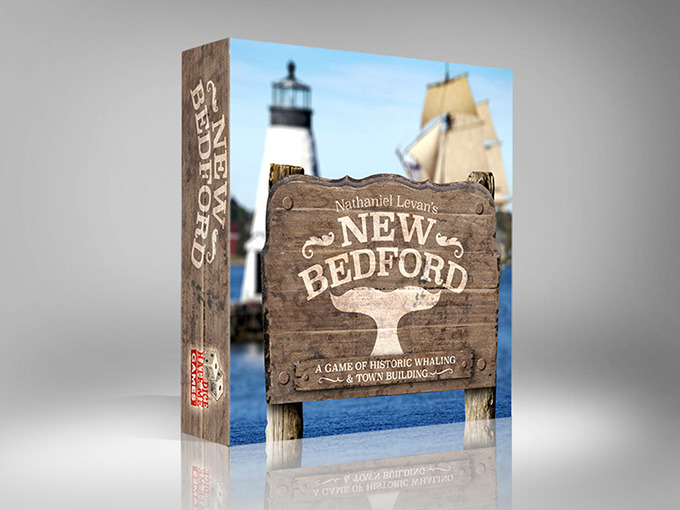 Here’s the game blurb from the Kickstarter page.

“Set in the mid-1800s, the age of whaling, New Bedford gives 2 to 4 players the chance to build the Massachusetts town of the same name into a thriving community. Gather resources to add buildings with new actions and launch ships to go whaling. Go out longest for the best choice, but wait too long and the whales become harder to catch. And don’t forget to pay your crew when ships return! Carefully balance time management and timing to earn the most points in this medium-weight worker placement and resource management game.”

I’ve played the game once and REALLY enjoyed it. Deciding on whether you will go into whaling or just city building. When to go whaling and when to return. What building to build and when. Decisions. The game has lots. And you know that this is one of my hallmarks of a great game.  Like I said, I liked this game a bunch. So much so that I back it as soon as it launched.

DHMG has put out only quality games. The game has been extensively playtested, graduating from the Unpub program and lots of playtesting at cons across the country. Chris and his crew do a thorough job making sure each of their games is the best it can be, in both game play and quality of components. This will be no exception. But it needs a bit of help to get funded. Please consider backing New Bedford right here. You’ll not regret it.