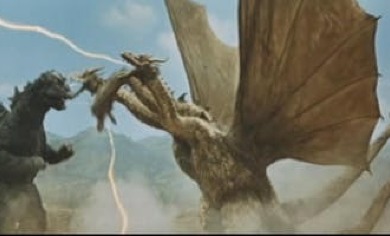 Last time I talked about science fiction as a game theme and listed some examples. There are A LOT of them. It is a oft use theme. Why? Because it sells, the IP space is open if you do something original (i.e. you can make more games in that universe), and most of the time these games look cool. All this got me thinking. As a game designer, why aren’t I designing a science fiction themed game? Well I was. It was called The Survivor and it was loosely based on Robinson Crusoe on Mars, a movie from 1964 starring Paul Mantee. He and Adam West are astronauts who crash on Mars. Mantee has to find food, water, and shelter until a rescue vessel can arrive. It’s a fun movie, very 1960’s feeling. I started on it several years ago. It started out as with mechanics using a standard deck of cards, charts, movement on a small board. It was complex and not fun. So I set it aside and went to the next design. Then I see Jason Glover’s Desolate and realized that this was the game I was trying to make. By the way this is an excellent solo game that you can hear more about right here – Flying Solo  . And you can buy your own copy here – Desolate on The Game Crafter

The itch to make a science fiction themed game was revived when I discovered Monster Kid Radio podcast. Derek Koch’s wonderful show covers the movies that I LOVE – 1930’s through early 1960’s monster movies. This includes your classics like Dracula, The Mummy, and Creature From The Black Lagoon. He and his guests also talk about not as well known movies like Dan Curtis’ Dracula, Santo movies, Nosferatu, and The Beach Girls And The Monster.   It reawakened my monster kid and I’m very glad of it. Here’s a link to MKR. I give it my highest recommendation. 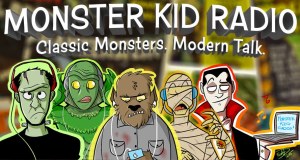 Anyway, Ryan and I got to talking and actually watching some of them ‘together’. He asked me that very question – why don’t I make a science fiction themed game based on one of these movies? That was a very excellent question and got my brain working. It would be great to do a Logan’s Run or This Island Earth. But licensing issues would surely arise. It would be best to find a movie without that particular roadblock. Therefore to the public domain I went. And that is where I will harvest my theme. There are numerous movies there to pick from. Movies such as Robot Monster, Killers From Space, Attack of The Giant Leeches, and any number of Flash Gordon or other serials. Surely I can dig a treasure from such fertile ground. So readers, that is one of my design goals for 2019. I am going to design, or at least start, a game based on some public domain science fiction (possibly horror) movie. I have a couple of ideas and invite you to tag along on this journey with me. 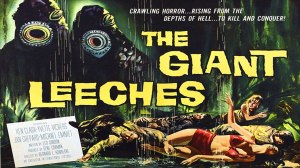 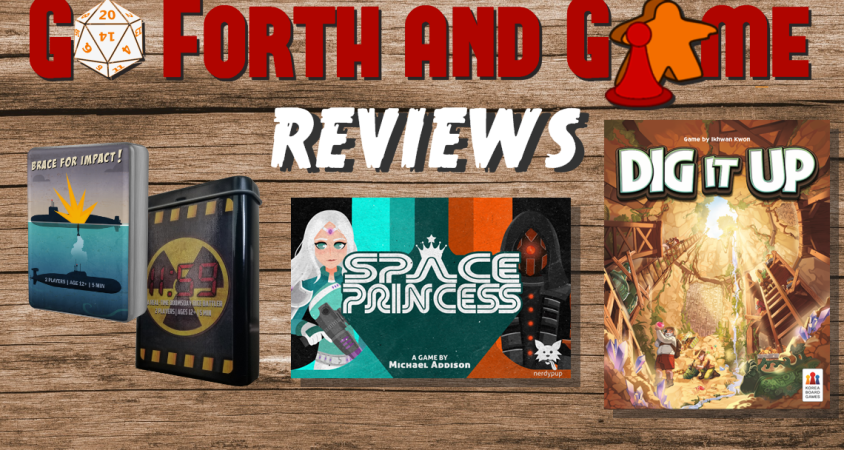 Hey, listeners! Welcome. This time Ryan and I give you our thoughts on four games – Dig It Up, 11:59, Space Princess, and Brace For Impact. These are some pretty cool games and we hope you enjoy listening to what we think about them.

You can find lots more interesting gaming content at The Inquisitive Meeple, our brother site.