Under The Microscope – The Princess Bride Prepare To Die! 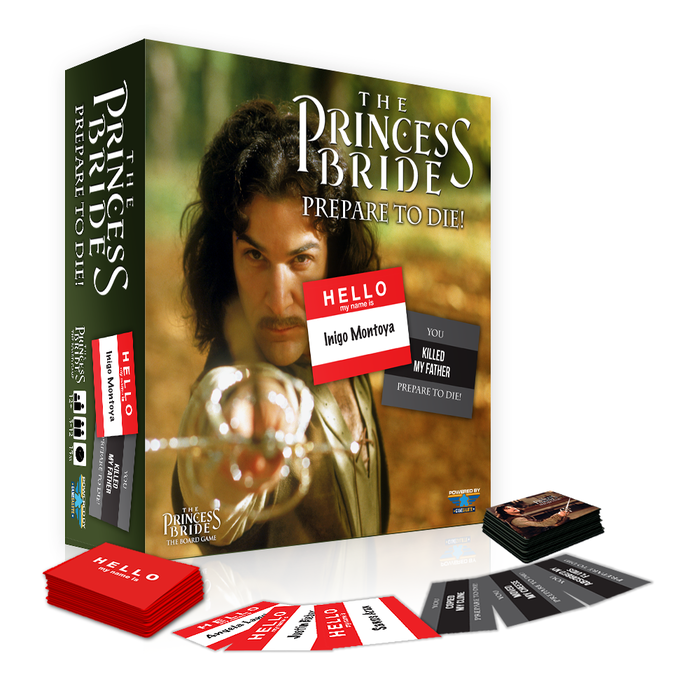 Abstract: Prepare To Die! Is the first The Princess Bride game from Game Salute. In it, players play cards in response to the judge’s ‘Hello, my name is…’ card. The player’s cards complete Inigo Montoya’s byline ‘You ___ my ____. Prepare to die!’. The judge chooses the phrase that they feel is the most imaginative or funny. The judge gives the Hello card to the winner. The player who collects three Hello cards wins the game.

The game will consist of about several hundred cards split between Hello, my name is… cards and You ___ my ____. Prepare to die cards. The full game will play up to 12 players with three game modes. This preview copy had enough cards to support up to 4 players. It has three cards explaining the three different game modes.

The game is very easy to pick up. The basic game mode, called the Hello rules, has the players with hands of three Prepare To Die cards and the judge flipping a Hello card from the deck. The players choose their best Prepare card and place it face down in the center of the play area. The judge mixes the cards then chooses which Prepare phrase is the best. The player who played that card gets the Hello card. The player to earn three Hello cards wins.

The other game modes are the You… mode and the Full Montoya mode. In the You… mode the cards are switched around and the players earn the Prepare cards as victory points. In the Full Montoya mode, the judge decides what kind of phrase he would like such as ‘the most imaginative’ or ‘the silliest’. The players pick a Hello card and a Prepare phrase card and place them in the center. Mixing occurs and the judge chooses one Hello card and one Prepare card. The player(s) that played either of those cards receives the card he played as a victory point.

The Princess Bride Prepare To Die is an Apples To Apples clone. It plays almost exactly like ATA with a Princess Bride twist. The game plays quickly with games rarely lasting more than 10 minutes. It is easy to learn even if you’ve never played ATA. For those who like ATA this game is a nice diversion from the original. For Princess Bride fans, it is a kind of interesting, quick filler game.

Prepare To Die! Funded on Kickstarter and still has 15 days left to go as of this writing. The base game costs $30. This gets you hundreds of cards and includes a Bonus Pack of fan created cards.

I would like to thank Game Salute for the preview copy of The Princess Bride: Prepare To Die!

Terry had Bad Movie Day at his place yesterday.  It was a blast as always.  Attending were Jason, Serena, Cindy, Michael, Barry, Terry, and myself.  Terry always has a theme for each Bad Movie Day and we soon found out the day’s theme was –Cars.

It started with Supercar, a 1960 Puppetoons production.  It was excruciatingly slow.  If not for the puppet monkey and our witty comments, I would not have survived that one. 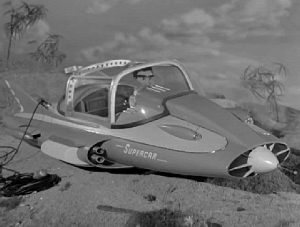 Next up, Ultraman!  Jason had brought his $5.00 Target purchase to contribute to the fun.  It was fun.  I’m a fan of kaiju from way back so this was right up my alley. The early Ultraman episodes are priceless fun.  Not super martial arts here.  Just two guys in rubber suits wrestling and throwing each other into miniature buildings.  The  monsters were fantastically cheesy.

Next on the list was Redline, a 2007 racing movie.  It is Need For Speed on film mostly.  Lots of fancy cars, scantily clad women, and bad dialogue.   It was fun and made not sense.  Perfect for Bad Movie Day.

Lastly came the traditional Bollywood offering.  Terry introduced us to Bollywood as a part of Bad Movie Day.  I am very appreciative.  The movies are well made for the most part and have great production values.  The actors are usually attractive and you usually get to see a lot of India and get an insight into their culture.  But that is too much analysis for Bad Movie Day.  The day’s offering kept the ‘cars’ theme going.  It was Tarzan The Wonder Car.  Just the name makes it worthy of BMD (Bad Movie Day).  It is the quaint story of a wronged automobile designer’s son and his sweety jaunting around India in Tarzan The Wonder Car, getting into  adventures.  At least that is what the Netflix says.  And the first half of the movie gives you that impression.  Raj and Priya rebuild Tarzan from the drowned remains of his father’s Tarzan.  It’s a very cool car.  Nothing at all like the first version of Tarzan, which looked like a VW Beetle.  This one is all purple and slick and sporty.  Like it was leftover from Redline.  All is well except Tarzan’s water pump doesn’t work and Raj can’t find a replacement because they don’t make them anymore.  So Raj prays.  Granny prays.  “Uncle” prays.  Something mystical happens that night to Tarzan.  Raj cranks it up!!  Hooray!  His father’s memory is honored.  They have a piece of him back.  Oh happy day – 95% happy.  Then Christine shows up.  As in Stephen King’s Christine renamed Tarzan.  We find out the ‘mystical’ thing was Raj’s father’s spirit inhabiting the car.  For REVENGE!!!  Raj’s father’s spirit uses the new Tarzan to murder the guys who stole his car design then murdered him.  All the while framing Raj for the murders.  Huh?  Maybe you didn’t think this through father of Raj.  But in the end it all works out and Raj and Priya are marriaged.

This one was fantastic if only for the bad translation in the subtitles.  Super hiliarious.  Notable phrases – ‘It’s the funda.’  We think this means ‘the fundamentals’  but are not sure.  The chief of police used this every time he spoke.  ‘It’s the latest news!’ used by the idiot son of one of the bad guys.  Kind of like ‘check this out’ I think.  Speaking of idiot sons, that seems to be a comedy theme in Bollywood.  There was two and a half in this movie.  The half one was the police chief’s assistant.  He looked like Jack Nicholson’s Joker without the makeup.

One thing I will say about Bollywood movies, the lead actors are usually handsome men or extremely attractive women.  The girl playing Priya was exquisite.  And while you won’t find any sex in Bollywood movies this one was very racy in spots.

Krrish was the first Bollywood that I saw.  It is very good but long.  If you have a chance give Bollywood a chance.  It’s a lot of fun.

Edit:  The funda = the formula