I have the privalege of talking with Marc Specter this time. Marc is the force behind the Grand Gamers Guild, a small independent game publishing company. You may have heard of a couple of their games – The Artemis Project, Endeavor: Age of Sail, and Endangered. We’re here to talk about their most recent project, Gorinto. And we decided to talk about Endangered a bunch too. 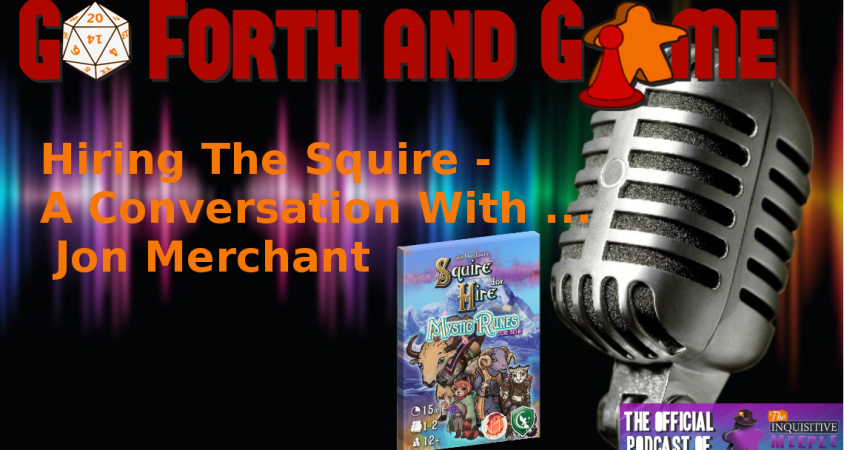 In this episode I have the privalege of talking to Jon Merchant. Jon is a game designer and graphic artist. His first game, Squire For Hire, was a smashing success last year and he and Letiman Games have an standalone expansion for it launching on Kickstarter tomorrow. It’s called Squire For Hire: Mystic Runes and it is a very fun game. Jon and I will talk more about it the show.