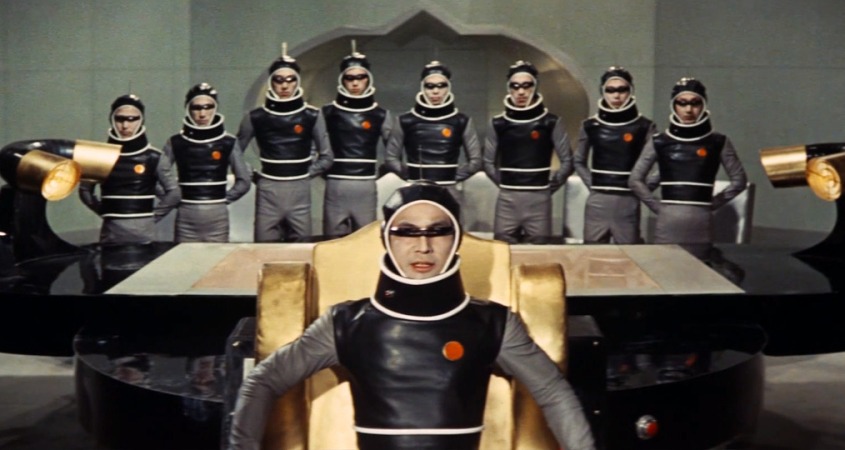 I like science fiction. A lot. If I’m reading a book, most likely it’s science fiction of some sort. You should check out Leigh Brackett’s Eric John Stark series or anything by Robert Heinlein.  I enjoy pretty much all flavors in the genre – space opera, speculative, alternate history, hard science, sci-fi spy (James Bond). It’s all good. Greater than fifty percent of the movies I watch fall into this category. Most recently I was in a ‘70’s science fiction mood so I got The Omega Man, Soylent Green, and Logan’s Run watched (man, Charlton Heston liked to take his shirt off!).

So what about games? There are a lot of science fiction based games. You have the standard 4X games like Eclipse, pick up and deliver games like Terra Prime or Junk Orbit , worker placement ones like Alien Frontiers or Dinosaur Island. You can’t fall down in a game store without landing on a space themed game. I searched BGG on this theme and there are 50 pages of science fiction games! Why is this? Why are there SO many science fiction themed games?  I have some thoughts on this.

First, and probably most important, it sells. If it didn’t there would not be so many games with these themes. People like science fiction. Science fiction in general is popular. Why? There are many, many reasons. I’m not going into this as it will take 20 posts to cover. Go search the internet using “Why is science fiction popular?” and you will get plenty of good opinion and stats. I’m talking a small crumble of the science fiction pie.

Another reason, I believe, is for the publisher it gives them their own intellectual property (IP). Unless it is a licensed property, the publisher owns the ‘world’ created for the game. They can do whatever they wish with that property. If the initial game makes money, they are free to do sequels or other games in that world/universe. And they could use some of the same art or at least artists and creators that they already have relationships with. It is sustainable. They can continue to build off of the property for years. For example, Button Shy Games has created its Pocket Universe. There are seven or eight games set in this universe. They all have similar art and their stories are loosely linked. Locations, characters, and art are shared between the games to give the Pocket Universe cohesion and a unique identity. 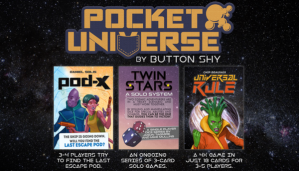 That’s two or three good reasons why there are so many science fiction games. I will mention one more – escape. Ask people why they play games. It is very likely one of the reasons is it gives them a break from life, a little bit of time to think about something other than jobs, bills, etc.. Science fiction adds another layer on top of that. And I think an active layer. By that I mean that people can imagine science fiction themes better than say, medieval themes. Even though the latter theme is more factual I think people enjoy thinking about a science fiction theme. I know I would rather imagine myself zipping around in a spaceship delivering goods to planets rather than driving an ox cart between towns in Europe. Science fiction is snazzier. People like snazzy.

Those are just some of my thoughts on the science fiction genre in gaming. Next time I start my own journey into genre.